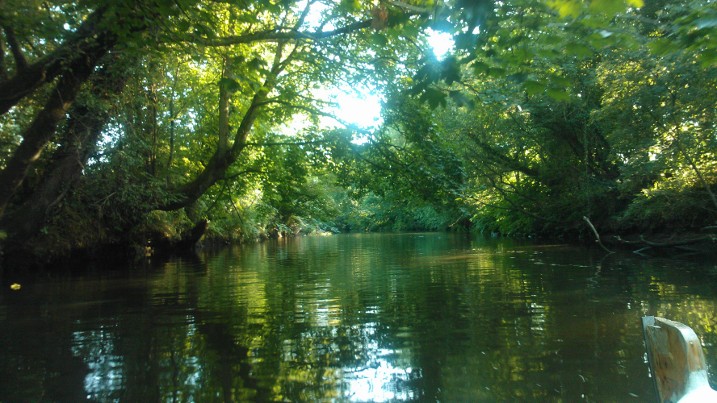 Newton Abbot, a view from the water

By Pilkington Marine / News / Comments Off on Newton Abbot, a view from the water

Newton Abbot does not immediately stir the imagination when it comes to waterways, and some of the spectacular sights which are available within a short boating distance of Town Quay. 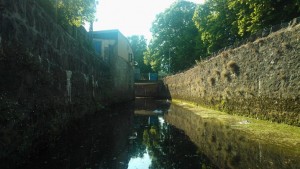 Just look at the pictures collected from a small boat on the River Lemon and you will be transported to the backwaters of Strasbourg or Venice. Looking at Newton Abbot from a different angle totally changes your perspective on the place. Gently meandering up The Lemon at not a lot more than walking pace gives you time to soak up the atmosphere between the houses and industrial spaces. People wave from kitchen windows, looking genuinely surprised at you chug past. Children wave from the bridges with a look of astonishment on their faces.

Moving on to the River Teign brings the magical world of the Amazon rain forest to mind. You expect a gorilla to come bounding down to the waters edge, or a parrot to come squawking past. We watched a Heron move from branch to branch in front of us, enhancing the feeling of being in a different world. we motored on until we ran out of water,  less than half a mile from Teigngrace. We intend to time the tides a little better very soon and cruise even further up the river. We knew we had gone as far as we could, when a gentle bump let us know we had finally run made contact with the gravel of the river bed. 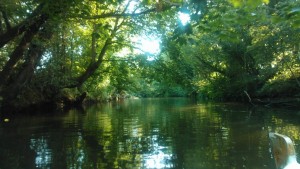 Hackney Marsh is a wonderland for wildlife watching and is highly accessible at certain states of the tide via the multitude of creeks and backwaters. If you have ever been in the Everglades in Florida you will be at home in the watery wonderland that very few people see, even though a large proportion of the visitors to South Devon whizz overhead on the dual carriageway.

Future plans for the development of Town Quay should make these sights and sounds more accessible to the local community and visitors, imagine the possibilities of guided tours, or of rented canoes splashing about among the reeds. 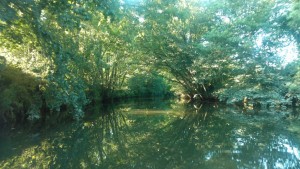 How can we help you with your next marine project?